Word of an honest person is like an oath, even when said in jest 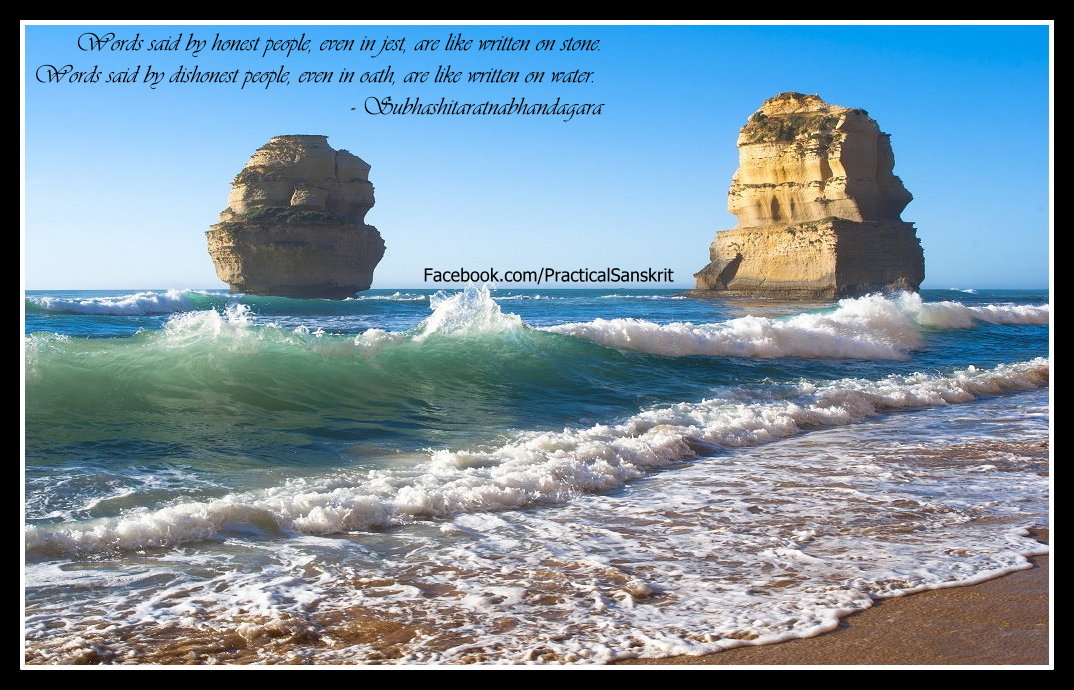 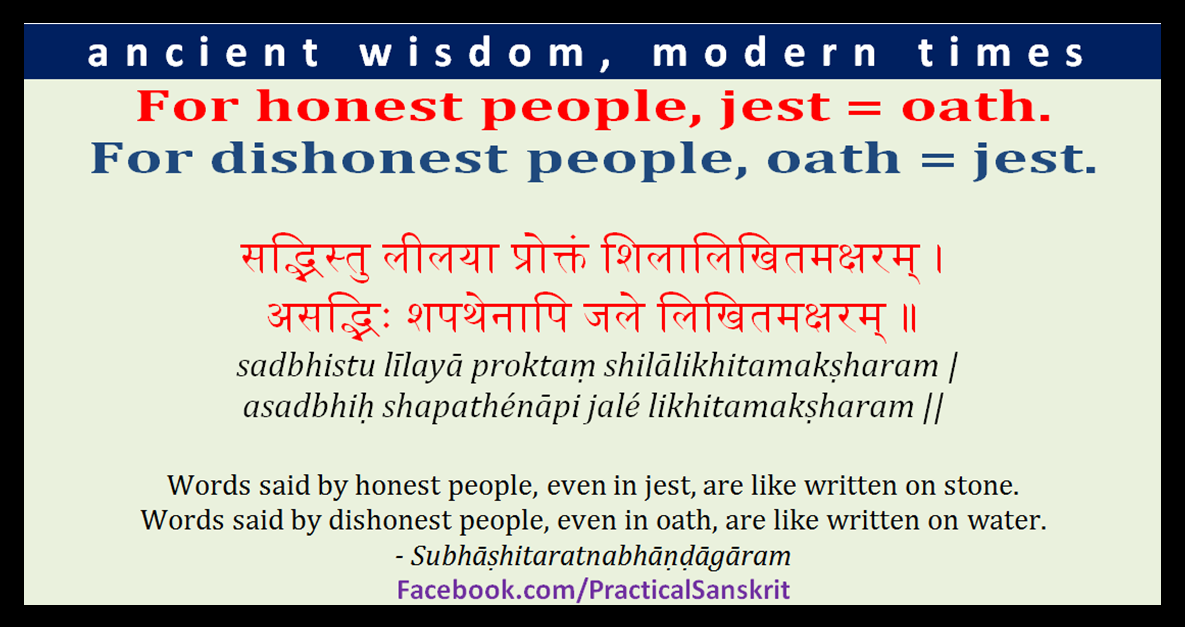 The word ‘sat’ is the root word for truth, good, etc. and when used for people, it would be like saying ‘gentlemen, good people, honest people, people of good character’. ‘satsang’ means the company of ‘sat’ or good people. ‘sadguru’ means a true guru, ‘sajjana’ means good people.

The people of good character, even if they say something jokingly, they abide by it if need be. You can be sure that they will be true to their words, even if they were ‘kidding’. If they promise something, you can count on them -as if they had written on a stone edict announcing to the whole world.

The people of bad character or dishonest people, even when they promise under oath, it is like writing on water (beach writing anyone!?) and you can’t count on that either. They will make some excuse and wriggle out of it.

proktaM = speech, words, that which has been said. pra + uktam;

akSharam = letter; a-kSharam = that which does not disintegrate any further -- letter, which is the smallest unit of language; Supreme Divine, which doesn’t disintegrate; kShAra = alkali;

asadbhiH = by the dishonest people