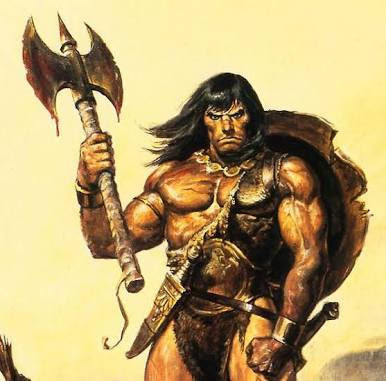 A barbarian is a human who is perceived to be uncivilized or primitive.

It was used as early as Mahabharata, where Ghatotkacha's son was named barbarIka, having curly hair. He is worshiped as Khatushyamji today in Rajasthan.


Ghatotkacha was born with no hair on his head - ghaTa ut kacha - head without hair.

The Greeks used the word to mean non-greek. The Greeks and Romans used the term as they encountered scores of different foreign cultures, including the Egyptians, Persians, Medes, Celts, Germanic peoples, Phoenicians and Carthaginians. In fact, it became a common term to refer to all foreigners. However, in various occasions, the term was also used by Greeks, especially the Athenians, to deride other Greek tribes and states (such as Epirotes, Eleans, Macedonians and Aeolic-speakers) but also fellow Athenians, in a pejorative and politically motivated manner.