o ocean-draped, o adorned with mountain breasts |
o consort of viShNu, forgive me for stepping on you || 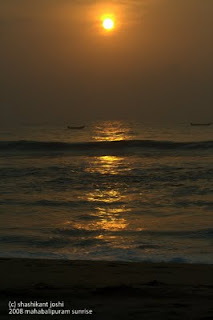 this is the second of the morning shloka. as mentioned in the previous shloka, when the two shlokas are said at a relaxed pace - with 'aum' before and after, and then a minute to reflect on the morning to come, and your good fortune to be alive ... - it would take a minute or two, which is good enough to get the blood pressure stabilized for the brain.

so in the first one, we thanked our stars that we have our hands intact, figuratively meaning that our fate and future is in our hands to make or destroy. now the day has begun, and we need to 'make' the most of it. but how? no matter where we go, we will have to step on the ground. if you live on the 9th floor of an apartment complex or something ultra modern like that, think of the time a few hundred/thousand years back, when people lived closer to earth, even in ultra modern metropolis of the times. 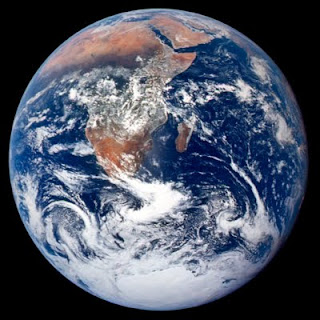 now we all know and accept today, that mother earth needs to be saved green! aha, we do call her 'mother' earth, even though we have assumed we are given 'dominion' over her! imagine abusing one's own mother to the extent we have done! but here, in this shloka, the reciter says -
o mother earth, forgive me for i have to step on you, trample/touch you with my feet, for i have to go around my daily chores to make my destiny, my fate!

you may want to take a pause and think about them

today we know that 70-75% of the earth surface is covered with water. i guess that much of the body is covered with clothes in any civilized traditional society (not at mardi gras or cancun for sure!) and water flows like a flowing garment of a woman. there is a beautiful poem where the river is like the flowing scarf on the beautiful lady earth, which she is trying to clutch with the fingers (in the form) of the moving bamboo shoots on the river bank! and water's "dharma", characteristic, is to flow, so it is apt to think of earth as ocean-clad.

and interestingly, india has had a LONG tradition of sea-faring traders. 'lothal' was a great port of saraswatI-sindhu (indus valley) civilization or the harappa civilization. this is fast being accepted as continuation of the actual vedic civilization. its farming practices are still practiced by farmers in eastern pakistan and rajasthan (western india). then later the sea faring indians went to trade all the way to south eastern asia - the mighty rAja rAja chola of the chola dynasty; cambodia, angkor vAT temple etc. 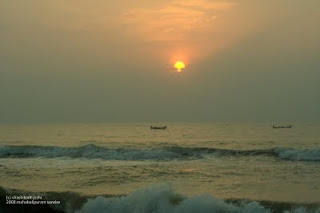 going along with the metaphors, the mountains are like her breasts, the nourishing source of the mother!

but why these two aspects and why wife of viShnu?

viShNu is the divinity of sustenance, the all pervading sustainer, the provider. and what do we need for sustenance? resource, wealth! and that is why lakShmI, the goddess of prosperity (material and spiritual) is viShNu's consort.

well, where do WE get all our resources and wealth? the food, the cloths, the minerals, metals, oil, medicines, gems, diamonds, sheep, cows, horses, whatever it maybe? everything we have, we get in this world, and leave behind in this world! we get all these resources from the earth. even the things we make in the factories, their raw materials come from the earth. in that sense, a non-hindu may say - what lakShmI? but universally it has to be accepted that earth is the giver of resources, i.e. vasudhA. 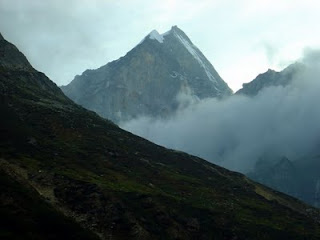 so even if we don't believe in lakShmI per se, we have to accept earth as the resource provider, and hence as the consort of viShNu.

and where are these resources found? although they are found many places, the mountains and oceans are special treasure places. after the churning of the ocean, the deva and dAnava (cousins) got the various celestial treasures - moon, lakShmI, celestial nymphs, ambrosia, indra's elephant airAvata etc. but the first thing that came out was the black thick poisonous fluid called halAhala accompanied with dense clouds. somehow this always reminds me of the petroleum extraction - natural gas on top, and dark black oil!

even today lot of important resources are obtained from ocean, including petroleum.
and don't forget that rains are caused due to the oceans

the mountains are also a special source of resources- medicinal plants as well water for rivers. in rAmayaNa, hanumAn has to go to himAlaya for getting the life saving medicine for lakShmaNa. lot of mountains are formed due to colliding tectonic plates and bring out things that were otherwise deep within the earth. that is how himAlaya is formed.

so at a macro level these are used to go along with the feminine image of earth, on the micro level, these are chosen because of the largest treasures of resources. 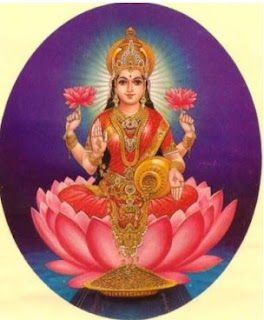 next time you think of environment, and green peace and recycling and think of this shloka which encapsulates the deeper understanding of our planet than meets the eyes.

and yes, say these two shlokas in the morning, thank the hands, ask for forgiveness and start day humbly! happy making your fate and destiny.

if you find this article enlightening, interesting or worth your time, i request you to leave comment so i know you read and liked.

and now the shloka at hand -


devi = o female divinity (addressing)
devI = female divinity
compare the shloka on saraswatI for all feminine words ending in -I (-ee) changing to -i in addressing.
divya = illuminated, brilliant, from which comes the english word - divine
deva = male divinity

viShNu-patni = wife of viShNu
viShNu = the all pervading; the second of the trinity, the sustainer
patnI = wife
patni = o wife (note the change of vowel to short -i)

namastubhyaM = bowing, salutations (namaH) for you (tubhyaM)
twaM = you
namaskAra, namaste all are coming from this root
namaskAra = act of saluting, bowing
namaste = namaH + te

me = my (touching you with feet, walking on you)