During my long stay in the US, I learned one thing. You don't have to take any 'nonsense' from anyone, even if they appear elder to you by a margin. You could simply say 'You are not my dad!' and yet there was a time when it took a village to bring up a child.

Now, the whole responsibility of raising a kid is on the dad, maybe even a single dad! How times change. and if you have a same-gender relationship, ahem, then who is dad?

It has always been maintained, that karma कर्म, deeds, are all important. So, even if one contributes the genetic code for you, that is only one aspect of being a father, the biological father. But what about the roles and duties of a father? Can we define a father based on that?

All of them have the basis of birth common to them, but what type of birth?

Giver of food (anna-dAtA अन्नदाता)
Food is life. Without food, no one can survive. Mother gives food in early years, but after that it is the father's role to provide the proverbial bread on the table. And even in early months, father provides for the mother. Anyone who provides for you, maybe in times of need, or a foster father, is like a father. Give him the respect a father deserves.

Remover of fear (bhaya-trAtA भयत्राता)
Fear is like death, you die every moment of fear. And if the fear is real, then the danger is real. One who removes the fear or the cause of fear has given you a new birth, another chance to live on. Such a caring person is also like a father and deserves all the perks of being a father, for being a protector. 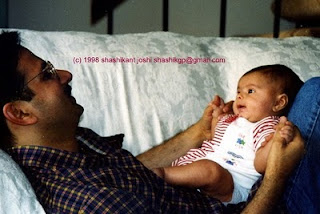 Giver of daughter (kanyA-dAtA कन्यादाता)
There is a saying, 'child is the father of man.' What it means is that child comes first, father next. It is the child that makes a man into father. So, the child gave the title 'father' to a man. In that sense the child gave birth to the (concept of) father (for a man).

Man is reborn in the child. And how does one get a child? The most sacred of the 16 ceremonies of life is the marriage. This is the institution, bond that brings forth new life, and provides a home, prepares the new generation, gives new citizens to a nation, ... and what joy of this mortal world to have a beautiful, wise, skilled wife for a life partner to take care and share in the material and spiritual joys and sorrows? It is like a new life!

And how is this possible? By the man who gave his daughter to you. In giving you a good woman, he has given you the best of all charities you will ever get. Hence, kanyA-dAna कन्या-दान, or giving of a daughter in wedding is considered the highest of dAna दान, for it is the basis of someone else's home.

Such a giver of a second life, the father-in-law is also worthy of being respected as a father.

Giver of birth (janitA जनिता , janmadaH जन्मदः )
And of course, the literal sense of the meaning, the biological father, one who gives half his genetic code, and enables this biological, actual life on this planet. He sure has done the most important or the most initial of duties and is the father. 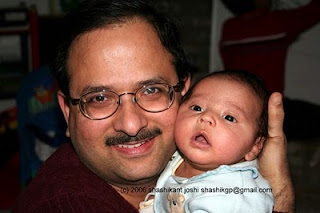 Giver of mantra मन्त्र (mantra-dAtA मन्त्र-दाता)
This applies on the spiritual growth path. mananam trAyate iti mantram मननं त्रायते इति मन्त्रम् - that which when meditated upon liberates, rescues is mantra. And the rescuer is already considered as father (remover of fear). mantra मन्त्र is a secret 'weapon', and giver of such important aide in life is a guru, and is also considered as a father.

Giver of knowledge (j~nAna-dAtA ज्ञानदाता)
The teacher, preceptor, guru, guide one who gives knowledge is also like a father, for knowledge enables all other things. Knowledge esoteric or worldly - both are important. knowledge is power, the power of knowing the right from wrong, good from bad, success from failure, friend from foe, ... giver of knowledge, wisdom has given you a very precious thing, that can change your life.

In this post, I have kept the Sanskrit shloka part at the end. It seems there were those who get intimidated by the shloka at the front. and if it seemed the script was unreadable, who knows how hard the post maybe. so, let us see if it is less frightening this time. please let me know how you like the new format.

and now for the shloka-s -

yasya = that whose (yaH = that who)
kanyA = daughter