Some people are born great, some achieve greatness, and some have greatness thrust upon them. But the real respect and greatness comes from one's own deeds.

Yes, there were times, and in some countries still, when you inherited your father's chair. Even in England, around the time of the World Wars, there were as many as about 20% MPs who were related, uncles-nephews, father-sons etc. Now it is down to single digits.

Some day it was a birthright, now a days it is called networking. people go to elite schools and colleges not because they have greater education, but a much better networking.

But, legends are not made because of their fathers, or fathers-in-law. They are made by their own deeds. You can have the best networking, but at the end it is your own actions that will make you great. Networking, lineage etc are only helpful instruments on the way, but the success, name and fame depends upon your own deeds.

Lord Krishna (Vaasudeva, वासुदेव ) is worshiped by almost  billion people, but no one worships his father (Vasudeva, वसुदेव ). Rama (raama, राम) is worshiped, not his father Dasharatha (dasha-ratha, दशरथ).

Qualities are respected everywhere, father's dynasty is meaningless.
People bow to Lord Krishna, not to his father. 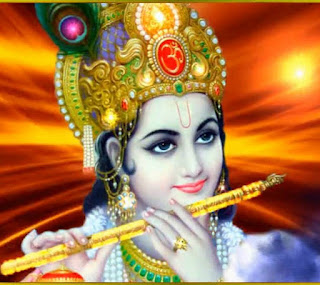