What does 'Narendra Damodardas Modi' mean? 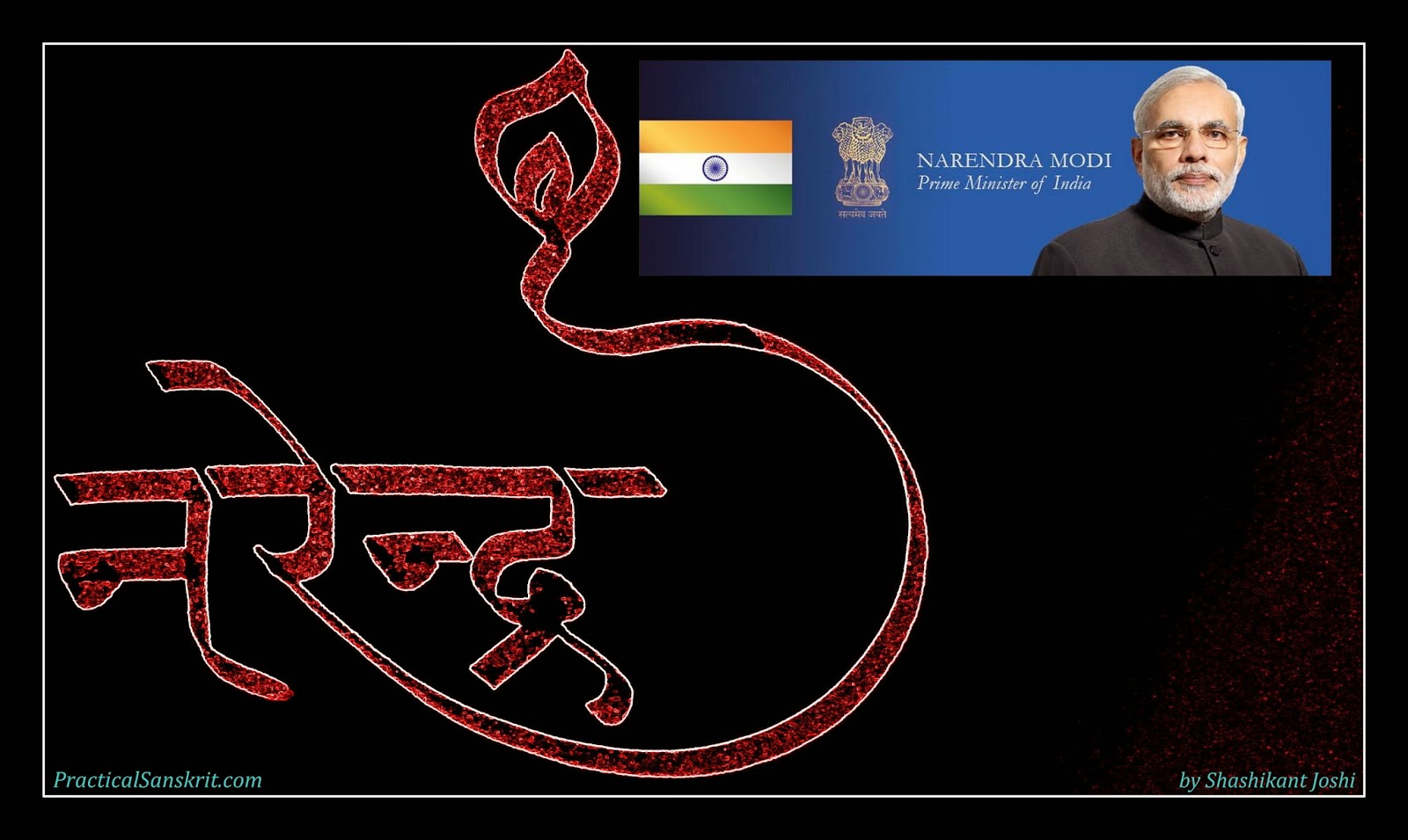 What does the name Narendra Damodardas Modi mean?

Though he has called himself  ‘Mazdoor #1’ i.e. ‘Worker #1’. Keeping up with his background as a had working man, and able administrator.

Congratulations to the largest democracy in the world and, for those who know, the oldest as well. The concept of jana-pada (region ruled by the people) is older than Emperor Ashoka the Great, and older than Mahabharata.
After a very long time the people of India have got a leader who oozes confidence and determination. People may differ politically, but no one can deny we have a leader who wants to do a lot, and has the ability to do a lot good for the country.

The first prime minister to openly ask people to contribute with ideas, time, skill and energy. And to embrace technology with open arms.

Check out the Official website of the PM , Official site of Narendra Modi

dāmodara = dāmā (rope) + udara (belly) = The one with rope around the belly. This name refers the incident in Krishna's life when his mother, tired of his bothering her with his antics, tried to tie him to a drum so she could finish morning chores. But to her surprise, the rope she used was two finger-breadth short. No matter how much more rope she got, it was always short by two finger-breadths. Hence the name for Krishna as Damodar (dāmodara)

modī / modI / मोदी = Glad, pleased, cheerful. (from modin मोदिन्)
In Panchatantra comes the word goShThika-karma गौष्ठिककर्म as one of the seven businesses. This would translate today to a ‘supplier, event manager, resource organizer’.