Was Ramayan real or mythology? 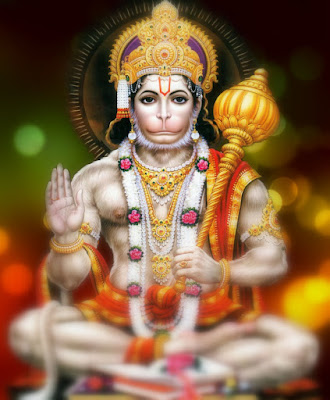 When it comes to Ramayana and Mahabharata, Indians are missing a very grave point, which has only been brought in debate by external factors. Did Ramayana actually happen? Did Hanuman have a tail? How could a monkey fly?
No such questions are asked of Yoda, Spider-man, Wonder-woman or Avengers.
What you have in Ramayana and other epics is to bring in the story element as well. Don't forget that these were written/composed specifically to impart Vedic wisdom to those who don't have the aptitude, attitude or time for the subtle revelations of Vedic seers, distilled after a long lifetime. I am not exaggerating or kidding.
E=mc^2 has no meaning to the uninitiated yet it not Einstein's fault.
To make it interesting a prof like Feynman or some one may create a whole kids' drama with characters like Mr Photon, Mrs Energy, Master Mass, and Prof ZappedHair and so on.
Will this play be mythology?
Will you debunk it every time and rather than focus on the message focus on the feasibility of a talking Mr Photon?
Next time someone asks these questions to you, simply answer this:
Focus on the message, and the super story-telling of the ancients, like you do with Spiderman's 'With great power comes great responsibility.' Respected speakers paid by the $1000s/hour will quote this and be applauded.
So, read the story of Ramayana, enjoy the story telling if you are kid at heart, and if you are a bit grown up in the mind, marvel the deep wisdom scattered all over in the dialogues of characters.
Don't analyze people's faith in Rama or Hanuman, be it your grandmother or the maid. Encourage it. With that, encourage understanding the message.
As Vidura (and later Kabir) points out, one of the trait of the wise is to grasp the essence.
At various stages of your growth, the essence will keep shrinking. As a kid it is an ultimate truth that Hanuman flew with the mountain on his pinky and what not. At 80 you may be seeing Hanuman in everything and person and understand it as the roaming atma looking for the parama-atma, the source; and devoting to the supreme for no selfish motive (unlike Sita, Lakshman, Sugreev, Vibhishan, Angad etc who all had some duty or interest to be with Rama).
Hanuman was the only one who had no reason to be loyal to Rama, and was the only one who was immediately attracted to Rama.
If you remember his childhood, he can go anywhere (immense powers of imagination?) being the son of wind, and when he goes to eat the Sun, Indra intervenes, hits him with vajra and the kid monkey falls, breaks his chin (hanu) and thus gets the name Hanuman (the one with the [broken] chin).
Then all gods (symbols of powers) give him supreme powers, and the kid becomes mischievous and disturbs everyone. The RiShis can't take his powers but can make him forget till someone reminds him.
That is us, with immense power but no recollection. When the need arises, some arise and become Hanuman, rescuing the situation. Others keep sleeping.
Did Ramayana really happen? If not, I will stop taking Rama and his message seriously?
The question is - did it ever stop happening?
It happens in all of us, all the time.
If you can't get the metaphor, enjoy the story, and call Hanuman as Yoda or c3po or whatever, but don't lessen the joy of a story, then you lose the story, and never got the message to begin with (double whammy!)

A very valid point brought out by a friend:

"Totally agree with you about Ramayana (and Mahabharata) still playing out in people's lives in some form or the other. But why should one not enjoy the story, get the metaphors, AND look for historical clues in the epic? Given that this was composed a very long time ago, there are bound to be historical clues. Let's not ignore them."

Sure, but there will be no point researching if monkeys can fly or if Hanuman's tail could grow infinitely in the court, there will be no such species possible who can increase its body mass and length to such proportions. Lizards can grow a tail but that too takes a few hours/days.

Surely, researchers of language, society etc. take Ramayana and Mahabharata seriously for its depiction of the flora, fauna, geography, society, norms, values. That is how they even accuse Hindus of having a woman-oppressing society based on Sita's agni-pariksha etc. (which is a detraction actually, but that is another topic).So scholars use them for tracking history.But it should be reasonable. For example, another interesting point could be - there is no mention of script in Ramayana! Does that lend any credibility to its antiquity?
So,
Stop questioning 'Was it real?'
Start questioning 'What does it mean?'
--------------------------------
[Added 9th Aug 2015]

A lot of discussion went over in FB. Here is my recent summarizing comment (after a lot of comments by others):

The main intention for the article was for people who believe in ancient Indian scriptures and thoughts (this is the widest net I can throw that captures all people who believe in the Indian thought system of Sanatana Dharma aka 'Hinduism' and its offshoots) when they may face other detractors who have nothing better to do, by choice or design, the detractors have used such logic of 'scientific inconsistencies' and tried to debunk them.

For those situations, remember, the essence is the wisdom, the serenity the deep messages give us. These messages whether originally from God, Rama, Vishnu or anyone (actually immaterial), were transmitted to us via humans (very wise and caring humans, RiShis, AchArya-s etc.) and have a lot of value.

This value is enhanced if one has some level of faith, liking, respect for the scriptures. (You can replace this in any other religion's case as well, but there will be a difference pointed out later between the two). Even the wise seers themselves say for search of any truth - truth is obtained from shraddhA (respectful belief in something, that is you can't keep doubting everything all the time, you can question, and inquire but still need faith, even if it is in the scientific process itself, even if it is in logic itself. A logical person will not forget that human beings are full of emotions and other illogical things as well)

So, have respectful faith in the scriptures, even if you don't fully understand them, but also, try to understand them as well, feel them as well. Your duty is not over merely by paying physical respect to them like folding hands and offering flowers. It has to be followed by understanding it, experiencing it, and liberating yourselves, or at least being a nice human being in the society.

While these apply to all religions, the basic difference between Sanatana Dharma principles and other religions is - Hinduism doesn't invoke violence against others based on opinions, beliefs etc; it only invokes appropriate action against illegal, unethical, unjust people based on their actions to keep an order in the society. That is why you can see greatest extent of variety only in Indian society (and possibly China). This is unfathomable for outsiders to grasp, and they try to simplify, which causes problems.

While others go outright on attack mode (physical or on thoughts) to curb and convert for politico-religious gains.

Why this difference? If you find any blatantly wrong in any later scripture, you can refer to a previous one and get clarification. And usually, when wise and experienced people apply sound judgement to the truths of the ancient times and interpret them honestly for the changed time and space, you get good results. In case of Hinduism, such people are becoming less and less who can understand, interpret, caring for all, open to change keeping greater good in mind; in case of others, their single book allows no other interpretation, even if they were to land on planet X6Z-317 in upper Andromeda or what ever you have. They will still have the same one book for inner growth and that is the problem.

But that is not what I wanted to say in this post. I am not going to that side.

I am addressing only to those who have something to do with the Indian scriptures. What should they keep in mind, when distracted? That was the only point of the post.

It is a weird and sad situation where every statement has to be clarified with ten footnotes and 5 disclaimers else someone or the other will give it another spin. smile emoticon smile emoticon No conversation can continue without some basic common ground and understanding,

All ideas are most welcome.
ॐ