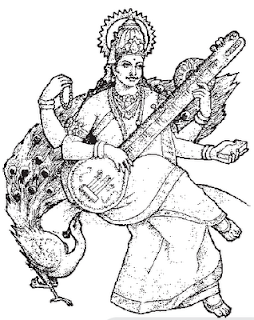 1. Why is the divinity of learning, knowledge called saraswatī - the name of a river, whose literal meaning is 'one with flow'