meet the alphabet - letters and vowels e and ai 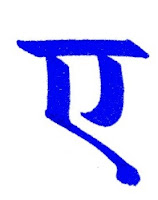 but we skipped three very extremely rarely used vowels Rii, LRi, LRii. i think they were there purely because of linguistics rules, 'there ought to be a vowel here, as per the rules. but it is difficult to say, so maybe we will not use it.' must have been the thought.

just like in chemistry's periodic table of elements, as soon as they figured out the reasoning and structure of the table, scientists started to give names to elements not yet discovered but predicted. the not yet discovered elements were called eka-XYZ, e.g. eka-silicon, eka-boron in 19th century, and eka-mercury much later in 20th century. a little digression into eka-mercury, in 1996 scientists made it in lab, and it lasts for 30seconds before disintegrating. "in total, about 75 atoms of Copernicium (that is the new name of eka-mercury) have been detected using various nuclear reactions." - wow! that is LRi and LRii for us right there! :) 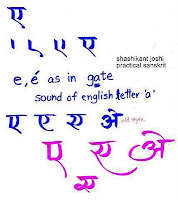 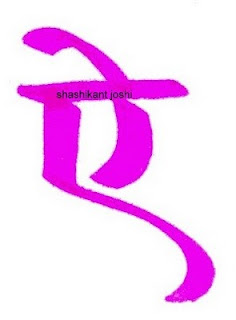 the most common words formed with ai, are usually formed when words with 'i' or 'e' are modified by adding a suffix.
e.g. eka = one; aikya = oneness; ichchhaa = desire; aichchhika = optional (up to one's wish, i.e. to do or not to do is optional)
how to write ai? -> 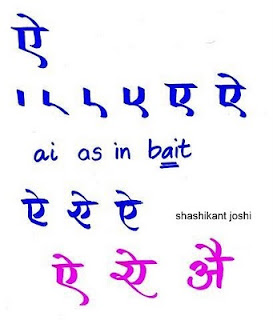