Time devours all things, Time kills all that are born.
Time is awake while all else sleeps, Time is insurmountable.
- Vidura in Mahabharata

Everything that is created will be destroyed, sooner or later. This destruction is actually transformation. It is only destruction of external form. Otherwise, it is mere transformation. Be it on earth, by simple forces of nature like earthquake, volcano, water erosion, even mighty oceans are shaken, Grand Canyon is created, new islands are formed in the middle of oceans. At celestial levels, stars are born and die, galaxies collide. 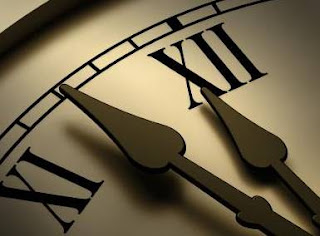 Everyone that is born, has to die. That is the eternal truth expressed in Upanishads, Gita as well as modern expression - 'Tax and Death spare none.' No matter who - God incarnate, minor gods, son of god or messenger of god, all have gone from the earth in the physical form.

A young mother once went to Buddha with her dead baby, pleading him to give the baby life. No amount of reason seemed to work on her motherly attachment. So Buddha told her to get some rice for the life-ritual from a house where none had died. The desperate mother went to each and every house of the village, but to her horror, there was not a single house where no death had happened.

The immortality we hear of is not of the form, but of the soul.

When all else sleep, be it people, dogs, godhead, or even creation after the annihilation, time never stops. The huge serpent on which viShNu विष्णु lies is called 'ananta' अनन्त or 'sheSha' शेष . ananta means without end, and time has no end. sheSha means remainder, time is what is left when all else is gone. While we rest, time keeps moving.

Time is in essence nothing but change. And change is the only constant out there. And the great lord of lord (devAdhideva देवाधिदेव, mahA-deva महा-देव ) shiva शिव is the personification of change. And hence it is called mahA-kAla महा-काल - the great Time.

The last part in itself is quoted instead of the whole shloka. 'kalo hi durati-kramaH' - time is inevitable, insurmountable.

There are so many observations about this inevitability of time, that it is like a list of cliches -'Time and tide wait for none. Time heals. You get nothing before time, or more than destined (samaya se pahale aur bhAgya se adhika kisI ko nahI.n milatA - समय से पहले और भाग्य से अधिक किसी को नहीं मिलता ).
This shloka is said by Vidura (vidura, विदुर) to the king Dhṛitarāṣhṭra (dhRitarAShTra, धृतराष्ट्र) in Mahābhārata (mahAbhArata, महाभारत) Strī Parva (strI parva, स्त्रीपर्व) verse 2.22

bhUtAni = that which have materialized - things, living beings etc.
bhava = to happen, to be
bhUta = that which has happened. even the word for past tense is 'bhUta kAla' भूत-काल
it is also used for all creation that has happened. e.g. pa~ncha-mahA-bhUta पञ्च-महा-भूत are the basic five elements of creation - air, earth, fire, space and water.

kAlaH = time
saMharate = kills, takes back
prajAH = that which has been born.
it is also used to denote the subjects, citizens.
from root word jan - to give birth

kAlaH = time
supteShu = in sleep. while everything else is sleep.
jAgarti = wakes, is awake