It blasts many doubts, foresees what is not obvious |
Science is the eye of everyone, one who hasn't got it, is like a blind ||

It would come as a surprise to many that unlike Europe, where there was a constant friction between religion and science, in India both went together.

Here, in the opening chapter of Hitopadesha, the king who was on a morning stroll along the river, hears some students reciting their homework early in the morning. they recited two shloka-s, one of which is this, the second we will cover later.

It shows the importance of shAstra, science, fields of study.
shAstra is a field of science, study like - rasAyana-shAstra (chemistry), khagola-shAstra (astronomy), artha-shAstra (economics, politics), chhanda-shAstra (study of verses, meter, poetry), nATya-shAstra (dramatics, theater). Some classics works are called xyz-sUtra. These are part of the shAstra, but composed in form of tight formulae, like kAma-sUtra, yoga-sUtra, chhanda-sUtra.

So not only were there names for various branches, which shows they were highly developed, their importance well accepted. 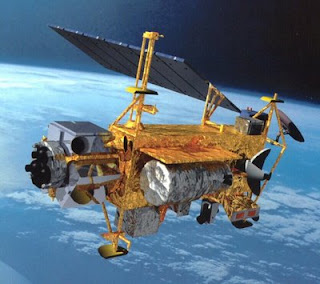 Science, unbiased pursuit of truth, is the only path to find facts. These could be hard sciences with labs and apparatus. or it could be soft sciences like the study of society, mind, behavior, philosophy. Science is finally the method, not the field.

One has to be a bit careful today about science. Because of multi-million dollar funding, many times facts of science (truths) are hidden, released at 'appropriate' times. e.g. Phillip Morris knew of the addictive nature of nicotine (science), but they distorted it, hid it (incomplete picture of science). Same goes for formula/powder milk for babies, synthetic diapers, and many other views of so called experts. That is not the fault of science, but of scientists and big corporates.

If we have a doubt, and science has uncovered it so far, then the doubts are blasted, cleared, settled, quickly. Else, some research and the doubts can again be blasted. Well, not for some chronic doubters! Because as they say, there is no medicine for doubt :) 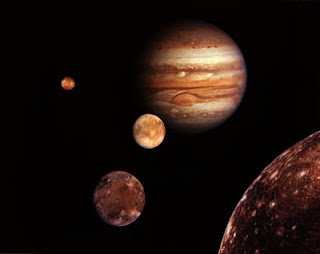 And what about prophecy? Future telling? Well, science can tell us the results of somethings without having to do it every time. E.g. if we chop off the trees for urban development, the local climate will change. Science is used to guide our social policies and how it will impact our future. It can foresee our path of success or doom, we rarely care about that is a different story :)

This science is the true eye of people. Those who merely think of the physical eye as the eye, are actually like blind people. They can't see the future, the far reaching effects of their deeds.

There are many examples of science found scattered in "religious" texts of sanskrit. We will touch upon those as time comes and if their sanskrit is simple!

Now the shloka at hand:

the use of - and _ is only for pronunciation aid. sanskrit itself doesn't have either.


aneka = an + eka = not one = many; an- prefix
eka = one. it is used in chemistry's periodic table as well! Elements as eka-mercury, eka-bismuth, eka-lead.

paroksh_Arthasya = paraH + aksha + arthasya
paraH = not here, in front, other, else where
aksha = eyes
paroksha = not in front the eyes, (future), elsewhere
parokshArtha = paroksha + artha (meaning) = meaning of the future, the (yet) unseen
darshakaM = viewer, spectator, one who sees;

parokshArthasya darshakaM = viewer of the unforeseen, what is not obvious (in front of the eyes)

[Thank you Srinivasn for pointing out the error, it has been corrected]