horse, weapon, science, musical instrument, speech, and man and woman.
(they all) become worthy or unworthy, based on who gets to use (employ/utilize) them.

the arabian horse lost the race.
the gun misfired.
the science of nuclear weapons.
Cacophonix the bard (Asterix comics anyone?)
the politician lost election after the bad speech.
he failed.
she failed.

whose fault is it? 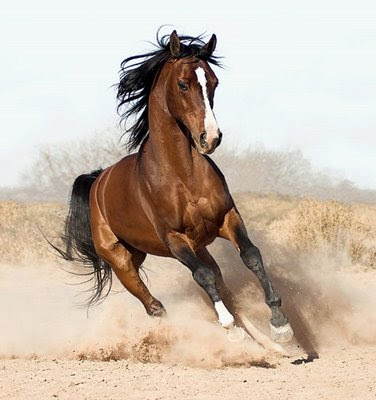 in mahAbhArata, a horse trader from west (arabia?) comes to court of emperor shAntanu, to see if anyone could ride his fine horses, specially one uncontrollable white steed. everyone failed, but devavrata, the future grandsire bhIShma, did it. so, whose fault? horse's? you need a special person to control a wild horse.

why the control on deadly weapons? without proper security and training, they might get stolen or misused/abused. that is why the CTBT and IAEA controlling the world's nuclear weaponry.

what percent of the population is scientist? not everyone can discover or invent new things. and how are the inventions used? chemical weapons don't make chemistry bad, but it the bad user (terrorist/dictator/or super power).

it is not the fault of the lute that Cacophonix can't play it. if you don't tune the musical instrument, the guitar, how can you get good music?

similarly for people. if the person and skill sets are not matched properly, how can anyone be successful? if the credit for success goes to the leader, the blame for failure should also go to the leader.

here is the big management mantra!
proper resource allocation doesn't mean just the head count, but the head "content" as well! it is very important to recognize the skills properly, and then assign people. the talents need to be recognized and used appropriately.

there are few more related shlokas, and we will cover them as time comes.

shastraM = weapon; instrument, apparatus, iron, steel
weapons were made of iron and steel. indian steel, wootz steel, was perfected even before the roman empire and was used to supply swords to the roman army!
[from root 'shas' to cut, kill, destroy.]
compare to astraM - a weapon that is thrown like arrow, spear etc.

from root shAs = rule, reign. [cf. shAsanaM = rule, reign of a king]
so shAstraM = the science, the pursuit of truths, are like command of the king.
i.e. how can truth be disobeyed!
interesting insight into the fact that science and "religion" or "god-stuff" was never in confrontation. shAstra-ukti - statement of science - was respected, revered.
shAstrI = one who is adept in the shAstra. also a degree in sanskrit studies, like paNDita, viSharada, shAshtrI etc.

vINA = one of the earliest musical instrument of india; divine saraswatI is shown holding it, celestial sage nArada carries it. music has a very long tradition in india.

bhavanti = happen, become (plural) [from bhava - to be, happen]

also, this shloka might be from vidura-neeti, but i am unable to find it in my copy of the same.
vidura-neeti is another master gem of a book, but its sanskrit is not always simple. so i will have to cherry pick only those that have vocab and simple sanskrit.