one who kills a terrorist overtly or covertly gets no blame,
for [it is nothing but] anger killing anger.

it is all in the intention.

the word AtatAyin mean "one who is in a stretched posture of attack - with a stretched out sword or a stretched bowstring, ready to kill."

vasiShTha-smRiti defines 6 acts of terror - one who sets fire (arson), one who poisons, one who is ready to kill with a drawn weapon, one who takes money by force, one who takes over land, one who kidnaps woman. 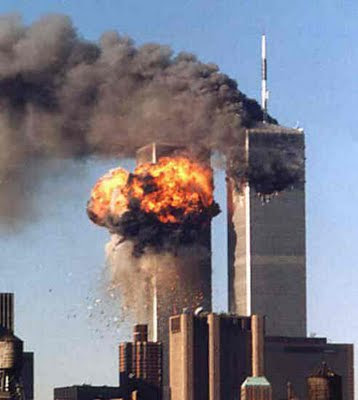 arjuna asks kRiShNa in gItA (1-36) what he will gain by killing these terrorists, the kauravas. now, look at what all duryodhana did to pANDavas - setting fire to the house of lac (in which they were made to stay as guests), gave bhIma poison, took their land and money by deceitful force (winning the dice game my deceit), even took draupadI away (as part of the bet). even then arjuna has the moha - illusion - that the kaurava were his family, cousin etc.

he failed to realize that all relations are by DEEDS, all else is mere accident. every woman who is in an abusive relationship should remember this.


now the dilemma. should we use violence against a terrorist? so what if the other person uses it. arjuna asks this as well - "they are of shrouded mind due to greed and delusion, but we are not, then why should we do such lowly act of killing?"

manu answers very beautifully and decisively in the above shloka. if the other person is brahma, the divine spark, so are you. so what you do in self-defense is fully justified. if the other is angry and tries to kill you, you get angry and protect yourself. it is as if anger is killing anger, brahma is being spent in brahma. the material body will surely recycle. birth and death are like a small child playing in his bath tub with a small cup or mug. the child takes water from the tub in his mug, and spills on himself, the water goes back to the tub. that is what is birth and death, material from here is spent here alone. like no non-biological things (clothes) could pass the time machine of the movie "terminator", so does no material pass from this world to any other.

all get accordingly to their karma. so a terrorist will also get the results of his acts. sooner or later. depending upon who the opponent is, the justice may come sooner or later. 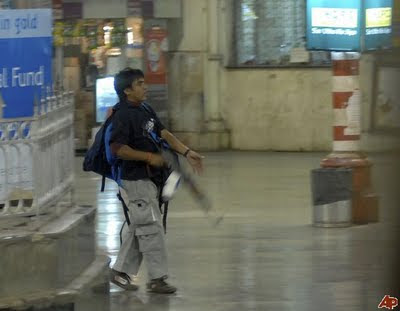 and those who say 'non-violence' ahiMsA is the most important dharma to follow - "ahiMsA paramo dharmaH" (non-violence is paramount ethic) - it means that one should not start violence, it never denies you self defense.

terrorism is afflicting india for a long time and to great depths. the west is realizing it only now when they have seen it first hand in their own backyard.

everyone should watch out, our karmas will get back to us, whether we are starting or stopping the terror.

in memory of all the victims of 9-11 and many, many victims in india.