return of the cheetah 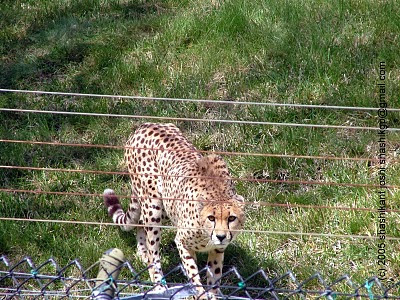 The cheetah was native to India and made extinct due to excessive hunting. Now the Indian government maybe planning to bring it back to India, for no other grand motive than to increase the tourism. Interestingly, it is not able to keep its tiger population safe, wonder what will be achieved in increased revenue by bringing the cheetah.

It would be good if the wonderful cat can return and remain safe, yet another habitat for it.

Read more on the news of cheetah coming back to India - http://www.tourism-review.com/despite-the-considerable-cost-involved-the-cheetah-is-coming-back-to-india-news2337

The word cheetah comes from Sanskrit/Hindi.

Other similar words are
- vichitra (विचित्र) i.e. visheSha chira, specially varied, i.e. weird, strange.
- chalachitra (चलचित्र) - a newly coined word, meaning motion picture, i.e. movies. This has been accepted now in Indian languages for the word, movie, but 'film' is most common.
- chitra-paTa (चित्रपट) the screen, surface (paTa) for showing the chitra. earlier it meant a wall or canvas, today in modern Indian languages it means movie screen. There are even programs on radio and TV called 'chitra-paTa sa~Ngeeta' (movie songs)
- chitra-greeva (चित्रग्रीव) the "spotted neck", name of the pigeon king in the first story of Hitopadesh (pigeons fly away with the net)


More about cheetah at Wiki, check out - http://en.wikipedia.org/wiki/Asiatic_Cheetah