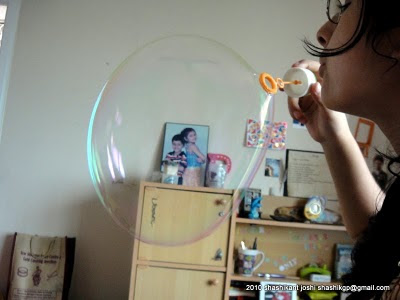 फेनिल = soap. That which foams.
बुद्बुद = bubble. This is an onomatopoeia word, based on the sound bubbles make.

The बुद्बुद is used as a metaphor for this world.

How do you do that with Roman numerals?

Thinking upon this, makes you wonder that without this simple concept of place value and zero, not much science would have progressed. No calculus for sure, and no going to the moon. How do you do logarithms in Roman again? There is not enough praise for this simple but far reaching counting system.

The same was true for time scale. From a fraction of a second (nimiSha निमिष) all the way to mahAyuga (महायुग) (4,320,000 years), the scale went full range [bhAgavat-purANa].

The age of creation itself is mentioned indirectly. The Tower of Hanoi problem is originally an Indian problem. It has 64 disks of varying sizes, that need to be moved from one peg to another following certain rules. It is said that a priest sits in the temple of brahmA (ब्रह्मा), making the moves without error, and when he is done, the creation will restart. So much for 2012! Mathematically it will take 2^64 moves. If one correct move is made every second, even then the time taken comes to 585 billion years. Now that is an order of time not thought of anywhere else! Trademark Indian thought. 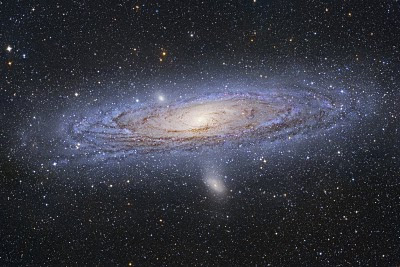 To just go crazy thinking more such 'fictional' numbers, :) :) which make no sense to anyone but astronomers and those who believe in them, check out Light Year. And then, when you are all excited, read some of the purANas, they will appear more believable, even if unfathomable! LOL!


Seeing all this, our human life is what - a bubble on the surface of a fast flowing stream? That won't even be noticeable cosmically. Now, this doesn't mean one needs to go in depression :) but just that 'This too shall pass' - so have neither gloom nor pride.

Enjoy before the bubble bursts!

[There is a lot more to write on this theme, but for sake of brevity, I will stop here, maybe some other time.]