Antrix? What is common to space, Ursa major and debt! 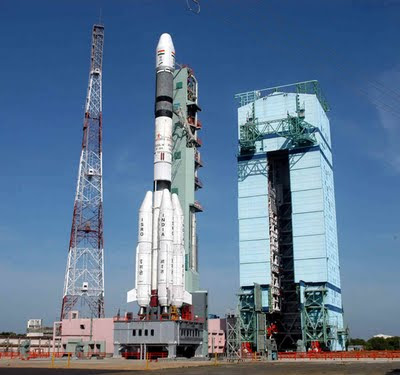 Today, there was a news worth feeling good about - India to launch 12 foreign satellites in next two years. The news item went on something like this:


India has bagged multi-million dollar contracts to launch 12 foreign satellites in the lower orbit from its spaceport over the next two years, a top space agency official said Wednesday.

"Through our commercial arm Antrix Corporation, we have received orders from Canada, Indonesia, Germany and other European countries to launch a dozen satellites in the sun-synchronous orbit during the next two years," state-run Indian Space Research Organisation ( ISRO) Chairman K. Radhakrishnan told reporters here.

Now, I had read about Antrix giving great competition to US agencies in satellite imaging, but that time I didn't have this blog. So I could not elaborate the thoughts.

So what is Antrix? I mean the word "Antrix"? Because on this blog, we are not going to discuss the intricacies of space technology, but of the words! Someone may guess 'Antrix' to be a character from the Asterix and Obelix comics, but nope. This is an Anglicised spelling of the very Sanskrit word "antarikSha" अन्तरिक्ष .

This means that 'in between which are seen RikShANi / nakShatrANi, that is, constellations'. It is also said 'the space between earth and heavens'. But, what catches the attention is RikShANi ऋक्षाणि(constellations) from RikSh (ऋक्ष्). 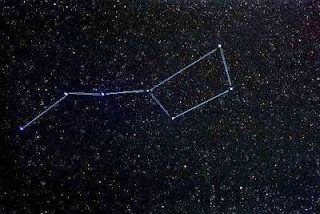 RikSh ऋक्ष्
The most common meaning of this word is a bear, the Hindi word being rIchha (रीछ), the Ri ऋ becoming ri रि/री and kSha क्ष becoming chha छ, a very common transformation from Sanskrit to the regional languages. The first connection comes to mind between bear and constellation is the Ursa Major, which are called in Sanskrit, now hold your breath, sapta-RiShi सप्त-ऋषि (saptarShi after sandhi formation).

Space, constellation, bear, Ursa Major, RiShi-s ... where does it all lead to? 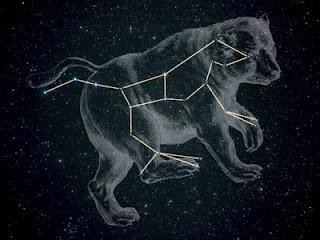 The verb 'Ri' ऋ means to go, (to go towards, to move upwards) as in 'saH Richchhati' सः ऋच्छति means he goes. The verb RiSh ऋष् means to flow, move up, like the stars that move up in the sky. RiShati ऋषति means to get, to obtain.

Another related word is RiShi ऋषि the seer! Where does it fit in this going and coming of stars and constellations? Like most words in Sanskrit that are definitions and short form for a phrase telling an attribute, RiShi is expanded as 'RiShati, prApnoti, sarvAn mantrAn GYaanena pashyati saMsAra-pAram iti' "ऋषति, प्राप्नोति, सर्वान् मन्त्रान् ज्ञानेन पश्यति संसारपारम् इति". That is, one who through knowledge obtains all mantra, secrets, keys, formulas [and] one who sees beyond/through this [material, unreal, illusionary] world. One who has unlocked the secret of the illusion of this world, through his/her vision, 'see'-ing of the 'see'-r. One who has gone beyond knowledge and the world - GYaana-saMsArayoH pAragantA ज्ञानसंसारयोः पारगन्ता

And if you are interested in any of the products Antrix sells, you can surely check out their pricelist!